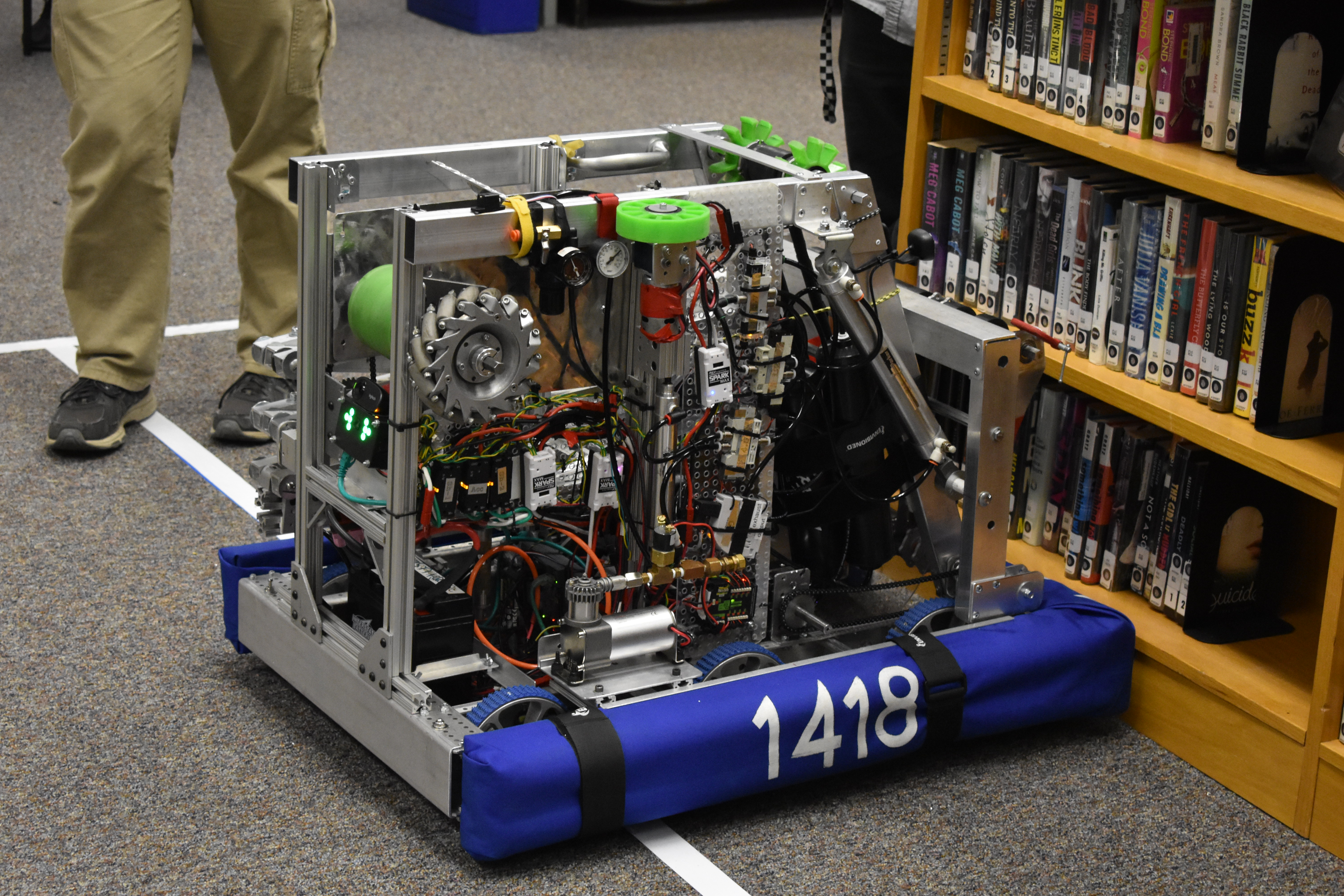 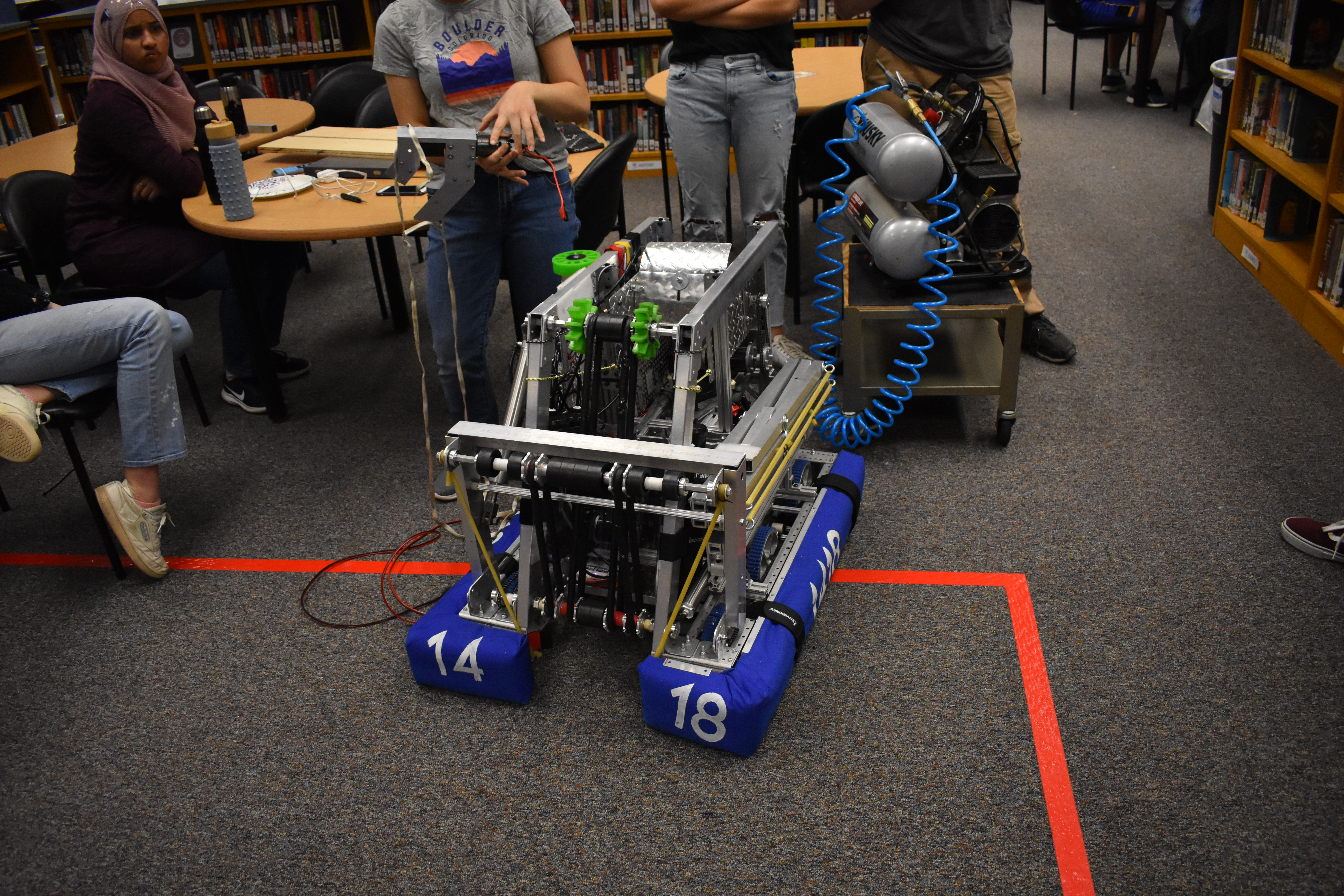 The 2020/21 game alludes to Star Wars; specifically the droids. It involves shooting softballs into various levels of a tower, also known as the Power Port, spinning a color wheel called the control panel (spinning it a number of times and spinning to a specific color), and climbing onto a seesaw with other robots, trying to stay balanced in the process. To get a more detailed description of the game, see the 2020 official video reveal and the 2021 official video reveal.

We drive using a pilot-copilot operating system, with one driver controlling robot motion and the other controlling all other robot functions, such as the shooter. This allows each driver to control their own independent task, making operating the robot more efficient.