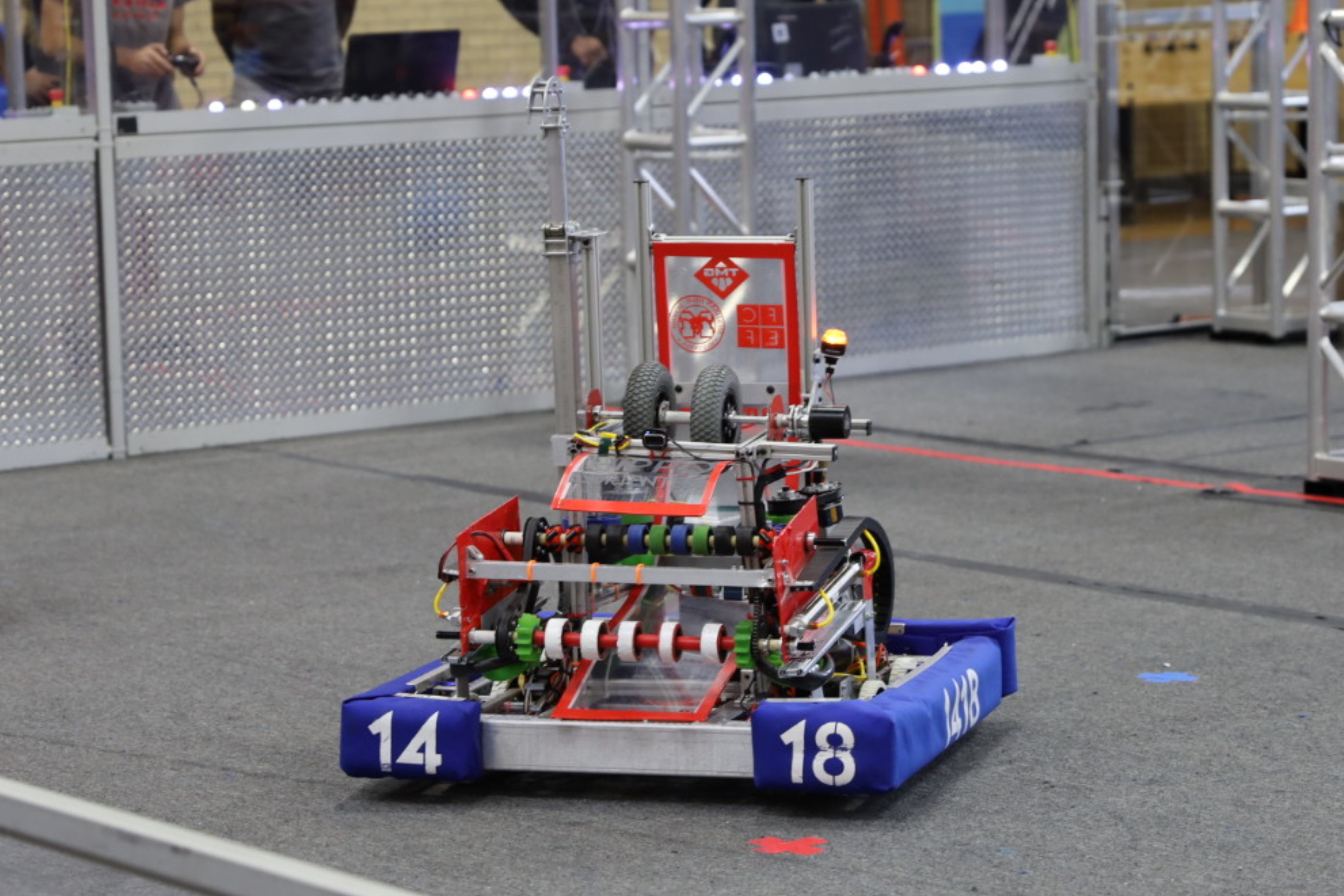 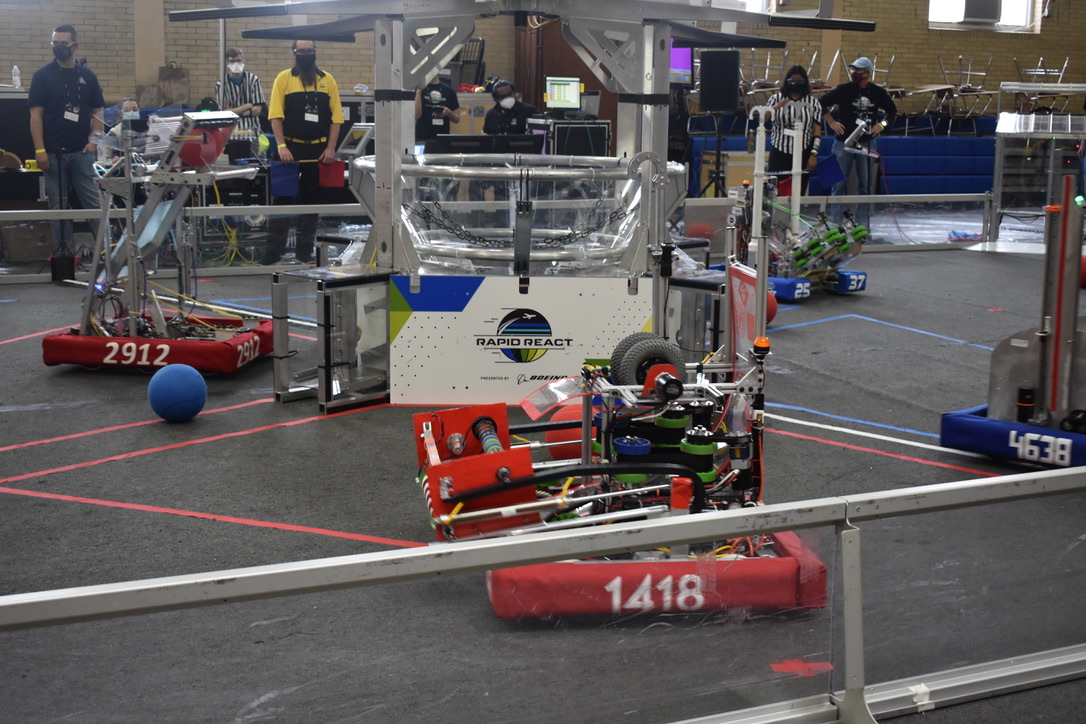 The 2022 game, sponsored by Boeing, is loosly based on 3-on-3 basketball, where there the two teams of robots compete to score as many large tennis balls as possile in a central hub. To get a more detailed description of the game, see the official video reveal.

This year, we decided to write our robot code in Java, as opposed to the Pyhton we have used in previous years. In addition to our robot code, we developed a dashboard for our touchscreen driver station. It is written in JavaScript/HTML/CSS, and communicates with the robot through a python-based tornado server. It is based on the FRCDashboard framework we developed in 2016.

We drive using a pilot-copilot method: the first driver controls robot motion and the second various other operations, making operating the robot more efficient. This year we upgraded the secondary driver from a joystick to a Dualshock 4 controller, allowing for a greater number of tasks to be performed through a familiar medium.

We will be competing in two competitions this year at Benjamin Banneker Academic High School (March 12 & 26). You can find out more about our competition performance and schedule on Blue Alliance, and look out for videos on our YouTube and Instagram pages.