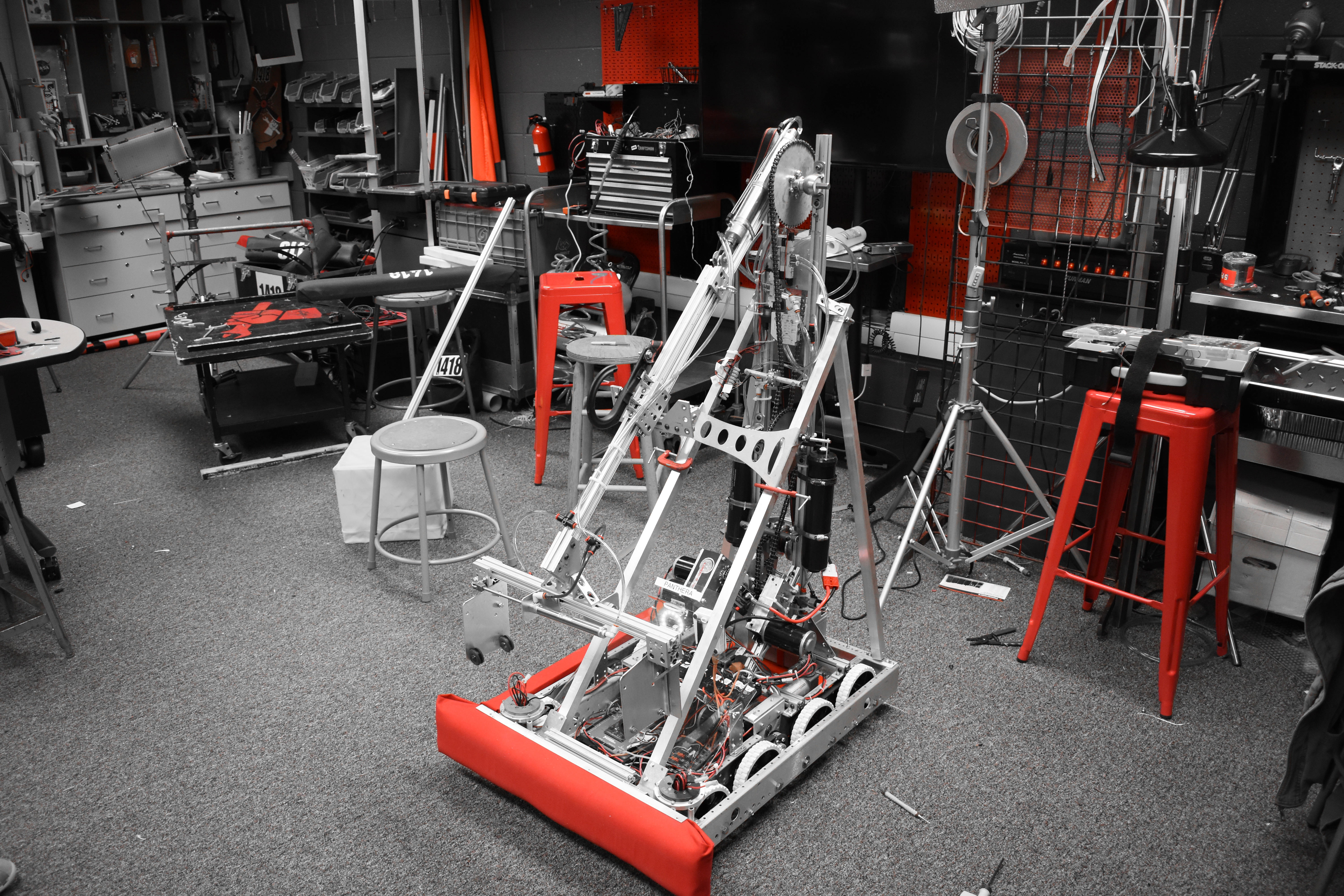 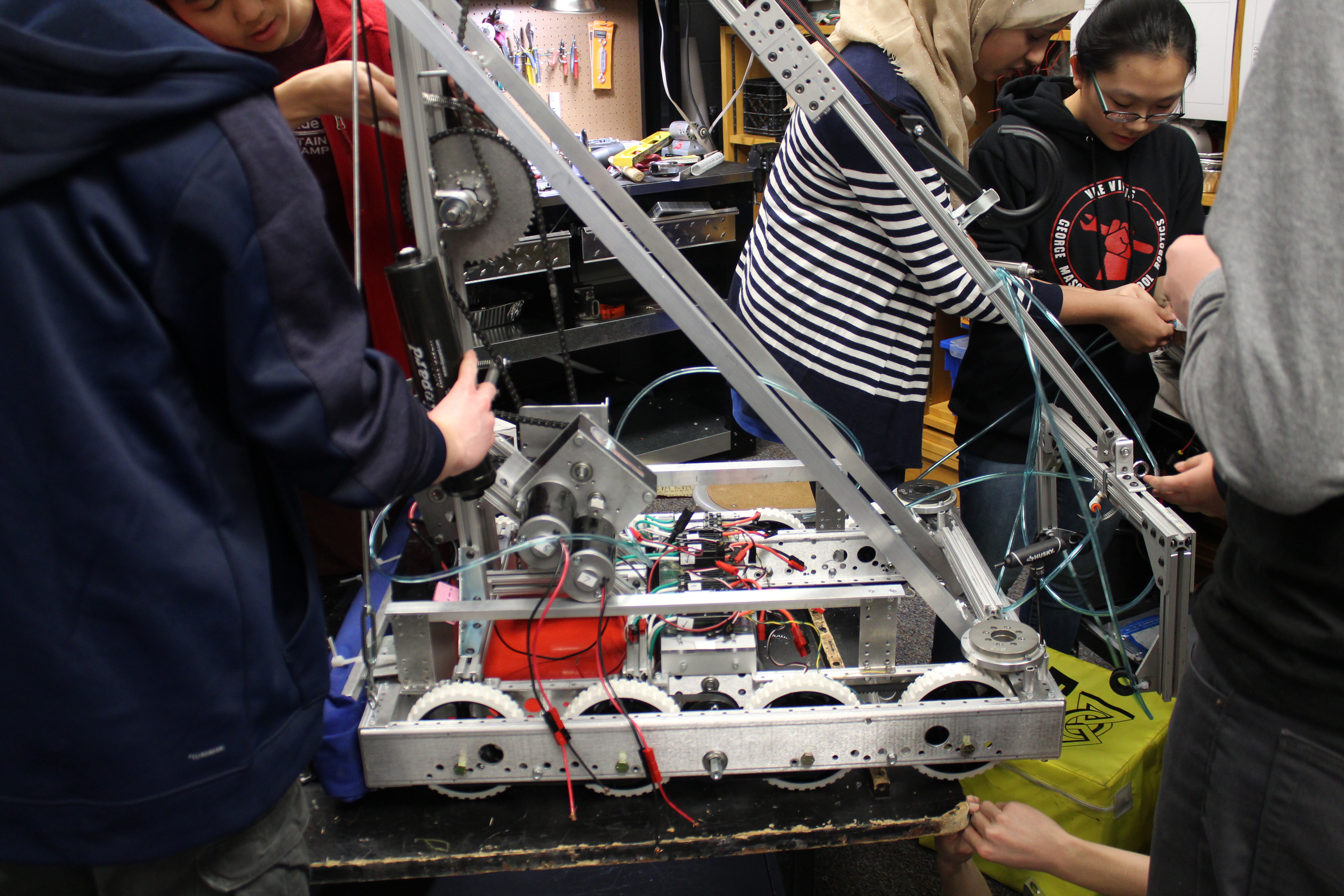 The 2018 game's fusion of 20th century arcade gaming and 21st century robotics is possibly one of the most challenging scenarios to date, involving placing cubes in various areas to earn points. For a more detailed description of the game, see the official video reveal.

We drive using a pilot-copilot operating system, with one driver controlling robot motion and the other controlling all other robot functions. This allows each driver to control their own independent task, making operating the robot more efficient.

As usual, our code is open source, and can be found on our GitHub organization. Here are some quick links:

We competed at two tournaments in our local area. In our first competition at Battlefield High School, we ranked 2nd after qualifications and lead a strong alliance which sadly lost in the quarterfinals. In our second competition at Hayfield Secondary school, we were selected as members of the 2nd seed alliance and performed very well, making it to the semifinals before being eliminated. At our district competition, located at the Xfinity center in Maryland, we were also eliminated in the quarterfinals. However, based on our exemplary performance we qualified for worlds, hosted in Detroit. We performed extremely well during qualifications, however we did not move on to the elimination games, ending our season. You can find out more about our competition performance on our Blue Alliance page, and look out for videos about our competitions on our YouTube page.