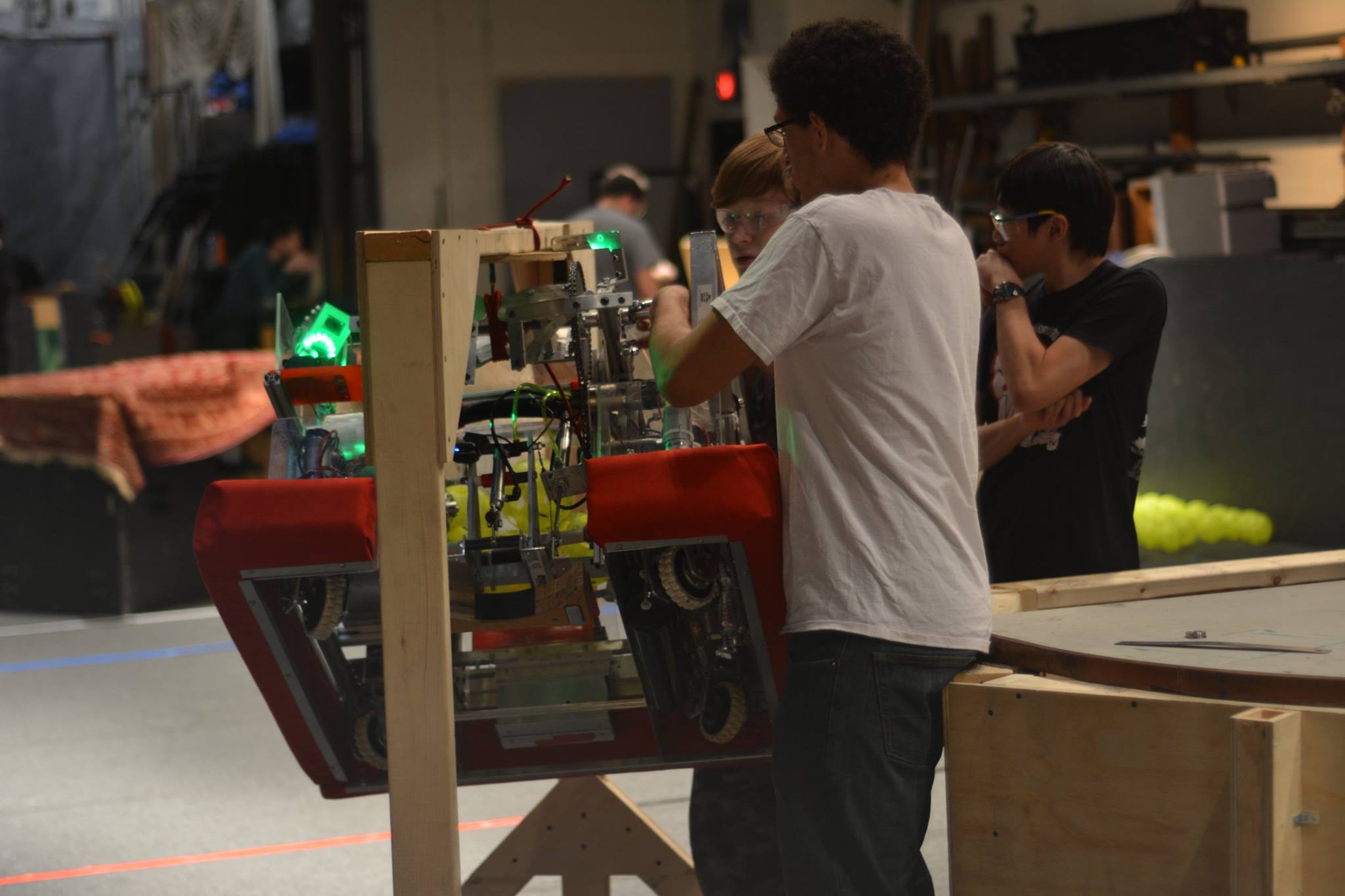 The 2017 game is proving to be one of the most challenging to date for our experienced team. Designed by Disney, FIRST STEAMWORKS aims to challenge teams to create mechanisms capable of delivering 11 inch diameter gears to human players stationed on the Jules Verne inspired airship. Teams also have the task of shooting 5 inch diameter wiffle balls to add fuel to the boiler, sending steam to fuel the airship. For a more detailed description of the game, see the the official video reveal.

Just like in previous years, we used Python for our robot code. In addition to our robot code, we developed a dashboard for our touchscreen driver station. It is written in JavaScript/HTML/CSS, and communicates with the robot through a python-based tornado server. It is based on the FRCDashboard framework we developed last year.

As an addendum to our dashboard, we used a company-donated VUFINE wearable display to build a heads-up robot monitor which assisted our driver. The display allowed easy viewing of our robot's camera feed and some vital statistics of the robot. To build the display, we used a modified version of FRC Dashboard, connected with our standard dashboard through NetworkTables for ease of control.

We drive using a pilot-copilot operating system with one driver controlling robot motion and the other controlling all other robot functions. This allows each driver to control their own independent task, making operating the robot more efficient.

As usual, our code is open source, and can be found on our GitHub organization. Here are some quick links:

During the 2017 season, we were part of the first-seeded alliance at the Northern Virginia District Event, then made it to the finals at the Northern Maryland District Event. At the Chesapeake District Championship sponsored by Booz Allen Hamilton, we qualified for the FIRST World Championship for the second year in a row. In St. Louis, we made it further than ever before; narrowly losing in a quarterfinal tiebreaker. We are very proud of our performance and are constantly working to do even better next season.

This robot is no longer in use, and has been put on display in the George Mason High School Library. 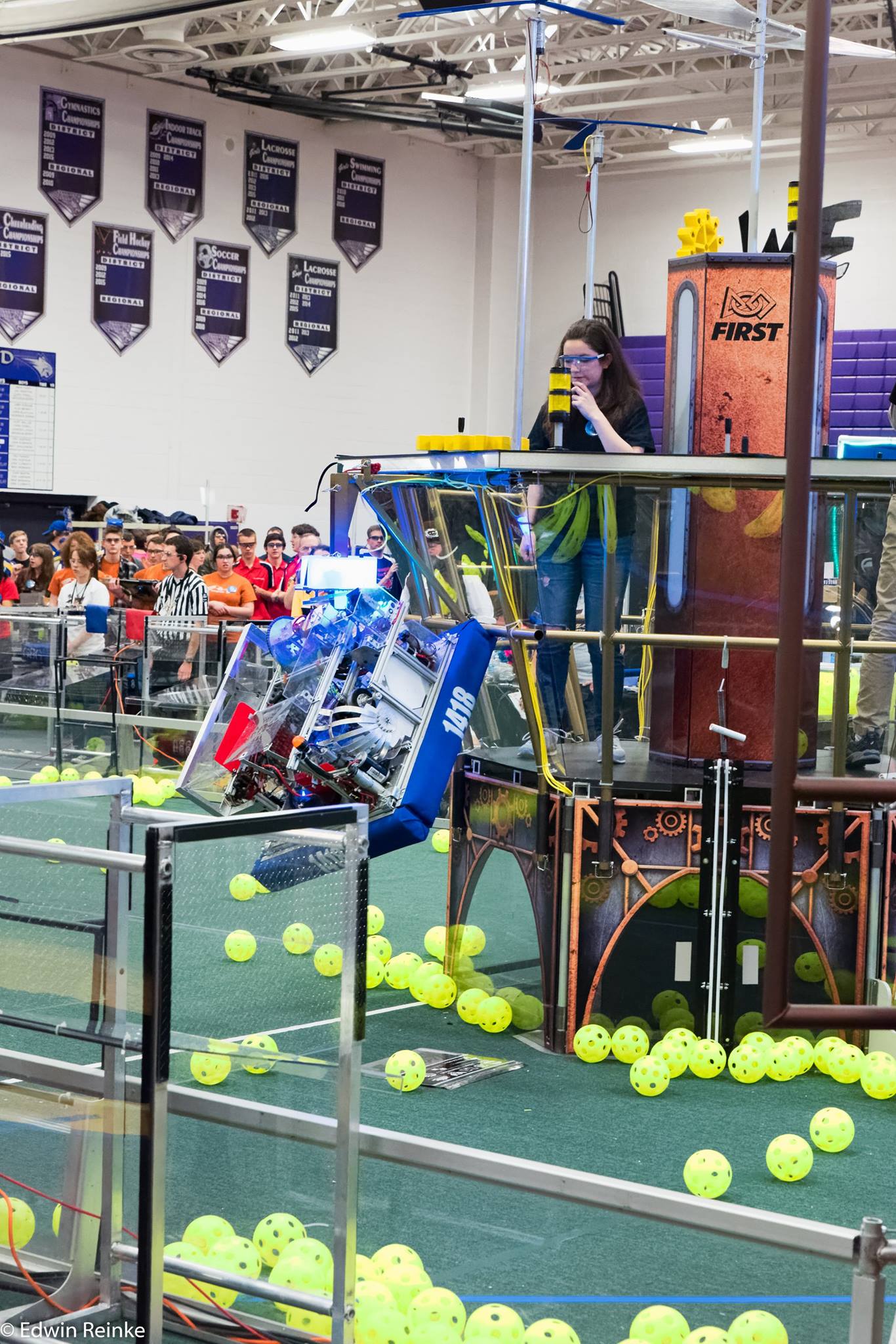