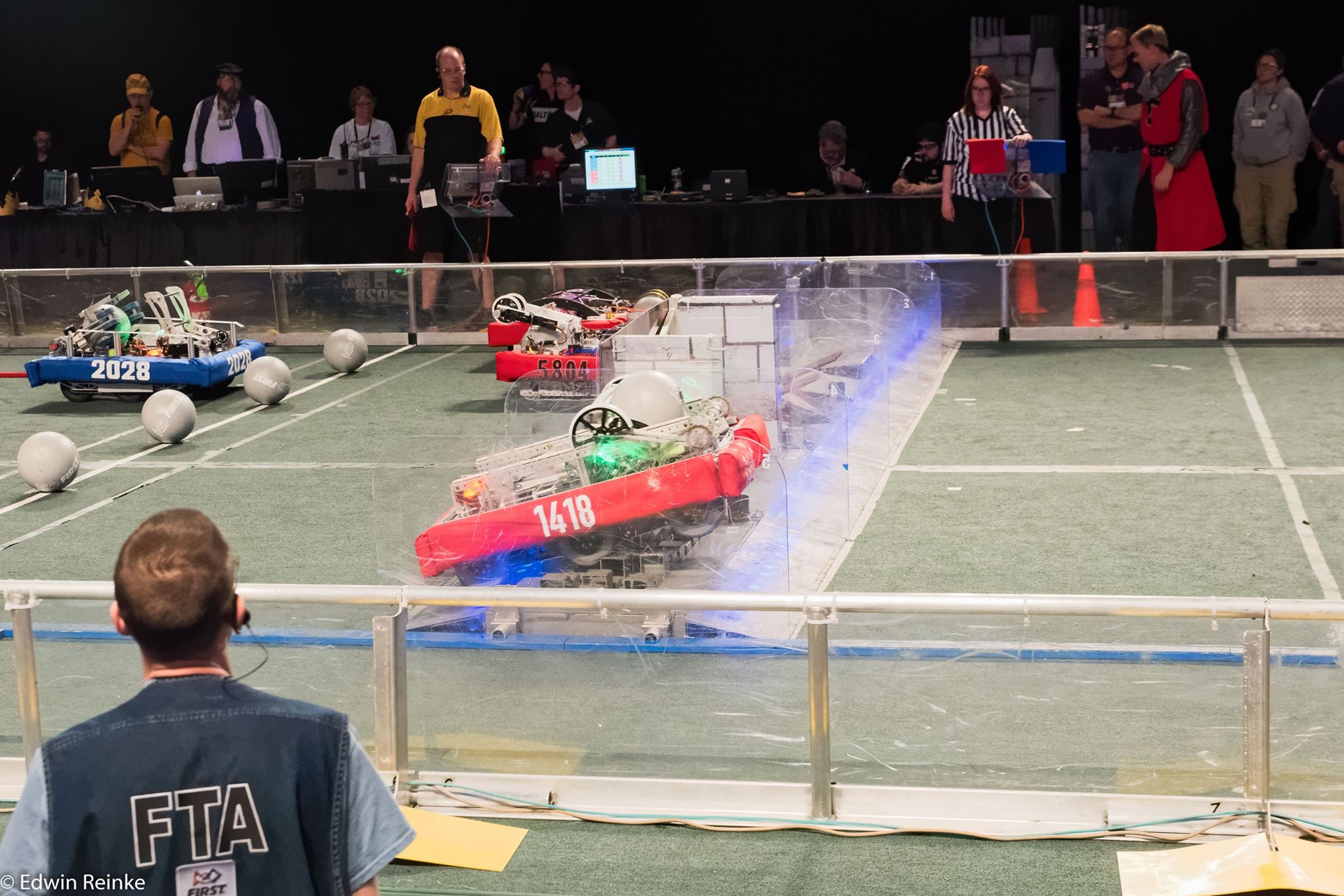 The 2016 FIRST challenge was called FIRST Stronghold. The challenge involved crossing a variable series of defenses, scoring balls into low and high goals, and lifting the robot several feet into the air. For a more detailed description, see the official video reveal.

Team 1418 was recognized as part of the top 1% of teams out of the 3,128 active at the time, as well as the best team in Virginia, Maryland, Delaware, West Virginia, and Washington, DC.

You can view our team’s more detailed results on The Blue Alliance.

This robot was an offensive powerhouse: in one early round, we defeated an alliance of three bots all by ourselves when our alliance partners couldn't join the game. We could breach every defense on our own using our pneumatic tires in order to cross most terrain, our arms to manipulate the more complex defenses, and our small frame to fit anywhere we need to.

We are also able to shoot into the low goal using our arm, scoring extra points and bringing down the tower, working with our team to capture it.

Lastly, we had a scissor lift on the back our robot that allows us to climb the tower, completing one third of the challenge as well as scoring us an extra 15 points at the end of the match.

Just like in previous years, we used Python for our robot code. The code uses “magic robot”, a part of the RobotPy library that makes using objects between classes easy. It is object-oriented, and controls our arm using custom PID control.

In addition to our robot code, team members Erik Boesen and Leon Tan designed a UI for our touchscreen driver station. It is written in JavaScript/HTML/CSS, and communicates with the robot through a python-based tornado server.

Member Erik Boesen then simplified, cleaned up, and rereleased the UI as FRC Dashboard, a more easily-customizable and repurposable version of the UI.

All our code can be found on our GitHub organization. Here are some quick links:

In the 2016 season, we experienced our best season in the team's history. We were part of the winning and first-seeded alliance in the FIRST Chesapeake Northern Virginia Event at Battlefield High School in Haymarket, VA. Then, we led the first-seeded alliance to victory at the FIRST Chesapeake Greater DC Event at Walt Whitman High School in Bethesda, Maryland. We then led the first-seeded alliance to another stunning victory at the FIRST Chesapeake District Championship sponsored by Booz Allen Hamilton in the University of Maryland’s Xfinity Center in College Park, Maryland. This qualified us for the FIRST World Championship. After a challenging but thrilling fight at worlds, we made it to the division quarterfinals in the 2016 Newton Division, widely believed to have been one of the strongest division of teams in FIRST history.

At the starting of the 2017 season, our 2016 robot was gutted for valuable parts, and its frame was placed on display in the George Mason High School library. 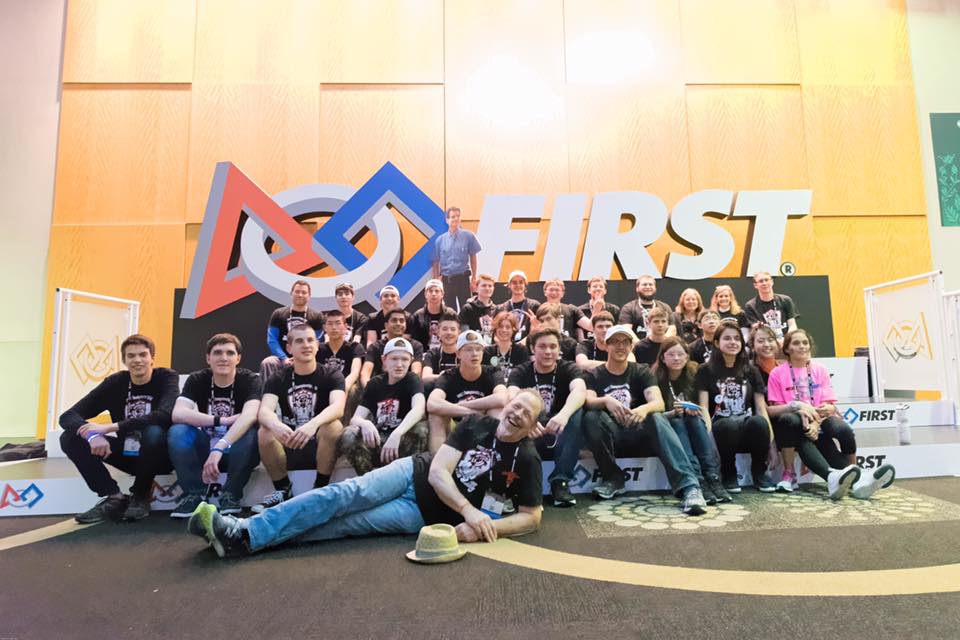